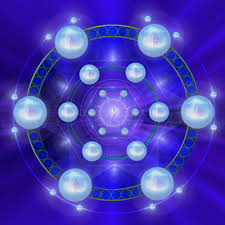 Kathmandu: The "Brihat Parashara Hora Shastra" which is one of the most respected astrological treatises gives a long list of curses of past lives which influence individuals in the present life. Normally, such curses influence the birth of a child in the family. Some of the curses have been briefly described below.

Curses of snakes: This indication is given in the horoscope by the placement and condition of Rahu. The effects of such placements are childlessness, fear from snakes and snake bites. This curse originates due to killing of snakes in past lives. The important house to be seen for this purpose is the fifth house.

Curses of father: The placement and condition of the key planet Sun in the horoscope is important to understand this curse. This may be as a result of wrongs done to father or due to the suffering of souls of forefathers. The results are childlessness, uneasy relationships with father in current life, untimely death of father and lack of happiness from father. The relevant houses to be considered are the fifth, ninth and the tenth.

Curses of mother:- The placement and condition of the key planet Moon indicates this curse. This may be due to ill treatment of mother in past life. The results are childlessness, problems from mother, unhappiness from mother, untimely death of mother etc. Influences on the fourth house and the fifth house in the horoscope need to be analyzed to understand this.

Curses of brother: The planet which shows younger brother is Mars and planet which shows elder brother is Jupiter. Therefore, the placement and condition of Mars and Jupiter hold the key in interpreting this curse. The results are childlessness, difficult relationship of brother and sisters, problems from brothers and lack of cordial relations with brother etc. The relevant houses are the third, fifth and the eleventh in the horoscope.

Curses of Spiritual Persons: The key planet that shows spiritual person is Jupiter. The placement and condition of Jupiter is important in understanding this curse. The effects can be childlessness, problems from teachers, unhappiness and general dissatisfaction in life etc. The condition of the ninth house and the placement of ninth lord are important.

Curses of wife (or women?): The key planet that shows wife is Venus. The placement and condition of Venus in the horoscope is crucial to understand this curse. The effect can be childlessness, difficulty in getting married, problems from wife or women, possibility of divorce, defamation from women etc. The most important house to be considered is the seventh house.

Curses of Evil spirits: The key planets which show evil spirits are Rahu and Ketu. The placement and condition of Rahu and Ketu in the horoscope is important to understand this. The effects may be childlessness, fear from unknown and fear of ghosts. The conditions of Moon, Saturn, the fifth house and the fifth lord are important considerations.

Only some selected examples of curses related to past lives have been discussed here. There are many other areas also which show the links of the past lives with the present life situations and problems. Worship, penance, charity and good deeds help us in getting rid of karmic problems arising from the karmic records of past lives.

We have 15 guests and no members online