Do we really have 33 Koti or Crore (330 million) deities in hindu religion? 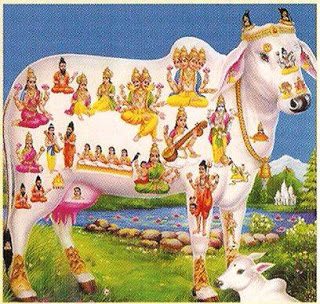 Kathmandu: We Hindus have heard many discussions about our 33 Koti deities. Various contexts about these 33 Koti deities take place in our ancient scriptures.  But do we really have 33 Koti or Crore deities? Or is it only figurative?

To find out the truth behind it, it is appropriate to reflect upon the dialogue between Yajnavalkya and Shakalya in the third chapter of Brihadaranyaka Upanishad referred below.

Brihadaranyaka Upanishad falls into the Vajasaneyi Brahmana of Kanva shakha (branch) within Shukla Yajurveda. Since this is Brihad or big in size and is to be studied in the Aranya (forest), it is called Brihadaranyaka.

Shaklya: How many gods are there?

Shaklya asks this question five times repetitively. Seeing this, Yajnavalkya too decreases the number of gods and makes it six, three, two, one and half and ends in one.

Yajnavalkya: These are the Bibhutis (qualities) of the deities. Deities are only thirty three.

Yajnavalkya: Agni, Prithvi, Vayu, Antariksha, Aditya, Dayulok, Chandra, Nakshatra. The entire elements of the world are integrated in it. Hence, these are Basu ganas.

Shaklya: Who are the eleven Rudras?

Yajnavalkya: 10 vital energies (rudra prana) and a soul situated in the body. They leave the body at the time of death and make the dear ones cry. Hence, they are Rudras (the ones who make cry).

Shaklya: Who are the twelve Adityas?

Yajnavalkya: Twelve months that include a rainy one are twelve Adityas.

Shaklya: Who are Indra and Prajapati?

Yajnavalkya: The thunderstorm is the Indra and the Yajna is Prajapati.

Yajnavalkya: Three lokas: Prithvi loka, Swarga loka and Patala loka. These are three gods. All the devaganas reside in it.

Shaklya: Who are the two deities?

Shaklya: And who is the one and a half deity?

Yajnavalkya: Vayu is one and a half deity, because he flows and causes everyone's growth.

Shaklya: Who is the single deity?

Yajnavalkya: Prana is the sole deity. This itself is the Brahma and this itself the Tatva (element).

We have 21 guests and no members online