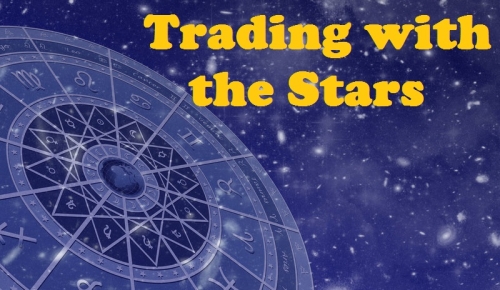 By John Mangun - AUGUST 30, 2017. If you want to make a lot of money, become an economist, particularly an academic economist who teaches. In the US you can make well above $100,000 per year. You might even get to work for the government and bump your income to seven figures.

Some of the perks include being frequently quoted in the press, television interviews and will probably never have to buy yourself lunch or dinner again. But it was not always that way. Astrologers used to enjoy the same lifestyle.

Astrology depended on mathematics. “An astrologer” is, in fact, the Oxford English Dictionary’s second definition of “mathematician”. But from a genuine mathematical science of cycles, the craft evolved into a belief that those cycles influenced more than just naturally occurring events, like the tides and seasons. While continuously debunked as early as ancient Greece, astrology was thought by many to able to forecast the future and determine—not just influence—human behavior.

Astrology builds a vast database of precise information as possible and then creates models. For example, according to astrology and my birth sign, I am over-confident, undiplomatic, have a wicked sense of humor and love to prove people wrong. All right, perhaps that is all true. But maybe they just got lucky with me.

Modern astrology in the form of economic models is not as lucky.

Christina Romer is a professor of economics at the University of California, Berkeley, and former chairman of the Council of Economic Advisers in the Obama administration. The model Ms. Romer put together during the height of the Great Recession concluded that unemployment could go as high as 8.8 percent without the economic stimulus bill. With the stimulus, unemployment actually went over 10 percent.

In April 2014 a survey of 67 economists yielded 100-percent consensus that interest rates would rise over the next six months. Instead, the 10-year US Treasury Bond interest rate fell from 2.63 percent to 2.20 percent (a drop of 16 percent). By the end of 2014, rates had fallen further down to 2.11 percent.

Ancient Greek mathematician (and astrologer) Claudius Ptolemy created a model of the universe that put the Earth at the center. For over a thousand years European and Islamic astronomers assumed it was correct. The geocentric model of the universe was an incredibly detailed mathematical achievement. It was completely wrong because the assumptions it was built on were completely false.

The new astrology is that economic models can be dangerous to a nation because the models are mostly useless and cannot predict the future. Directing the economy based on them would be effectively, like flying blind, perhaps in the wrong direction.

On a personal note, I will be holding a private and exclusive luncheon limited to 15 participants. The topic will be high-profit stock-market opportunities for the next six to nine months. E-mail me if you are interested to join. I promise that economic models will not be discussed. (Business Mirror)

We have 33 guests and no members online