T20 WC: Lobo predicts winner and it is not India 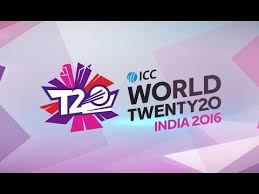 Bengaluru, March 17: Is Mahendra Singh Dhoni's quota of success has ended? According to research-based astrologer Greenstone Lobo, Dhoni's men have little chance of winning the ongoing T20 World Cup and India's dream could be realised only if Virat Kohli leads the side.

The astrologer said even if India, the winner of the 2007 edition make the finals, they have little chance of winning the trophy and would end up as the runners-up.
According to Lobo, South Africa are the most 'atrologically balanced' side to win this year's T20 World Cup. He said their captain Faf Du Plessis could finally see them shedding their 'chokers' tag. Lobo, a renowned astrologer, said India are on a downhill and predicted Australia and Pakistan among the two other top contenders for the trophy this year. According to this Pakistani news item which again cited Bengali daily Anandabazar Patrika, Lobo said Shahid Afridi's men could win the trophy if they manage to reach the final of the World Cup. Pakistan had an impressive start to their campaign as they beat Bangladesh in their first match at the Eden Gardens by 55 runs. India, on the other hand, faced a surprise defeat to New Zealand in their first match in Nagpur. Chasing the visitors' 126, the hosts were bundled out for a paltry 79.

We have 30 guests and no members online